​​
The first “Bowler man” photographs were made in Camp Hill, PA underneath the route 581 overpass. In 2012, this area was used by the Harrisburg Camera Club to host an outdoor public arts exhibition.  As a participant in the exhibition, I thought that it would be “cool” to. Create a couple of images at the site to hang in the exhibition.
For these first images, i was just hoping for “cool”.  In very short order i came to realize that this idea was going to be so much ore than just “cool”.  From the first images in 2012 I have turned Bowler Man into a project that has spanned ten years, multiple gallery exhibitions, numerous awards and continued praise from my fellow photographers.
The project is currently known as “Building a Mystery” and the “Bowler Man” has accepted perhaps a more appropriate moniker, “The Wayfarer”.
Central the the theme is this idea of “building a mystery”.  I want each viewer to walk away with a touch of “mysterious”.  In each image, I try and maintain good technical and formal elements including depth, sense of space, strong lighting and a surreal quality.  I never formally introduce the viewer to the Wayfarer but with a consistent viewpoint and space between the camera and the subject the viewer is forced to follow him from a distance.
The interior images are composed in large industrial spaces with lots of defined detail and texture.  In exposing so much detail I hope to slow down the viewer and force them to take note.  Hopefully they end up in a quiet almost peaceful place with no sense of urgency to leave.  In this manner the spaces where he is found become more important than he is, but he remains the focal point.
Most of the images you see here, at the Duende Gallery, have been exhibited in other galleries.  this the first opportunity that I have had to bring them al together in one exhibition.  I hope you enjoy these images as much as I have enjoyed bringing them to life. 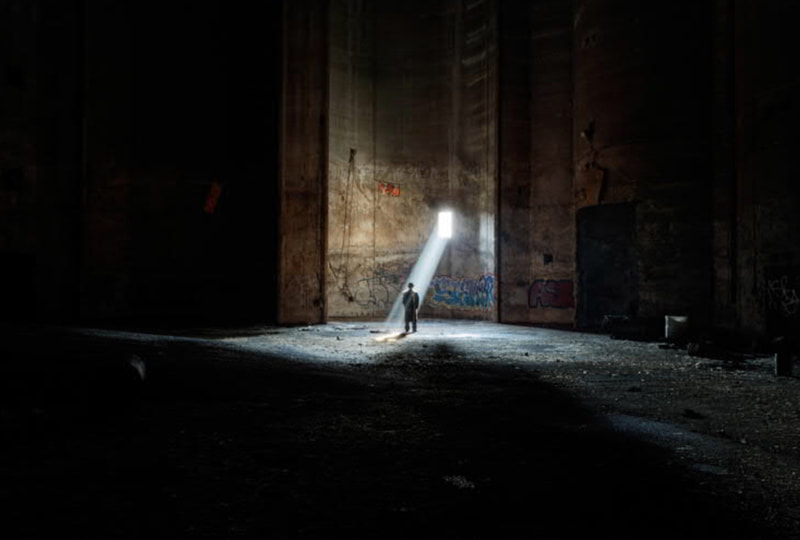 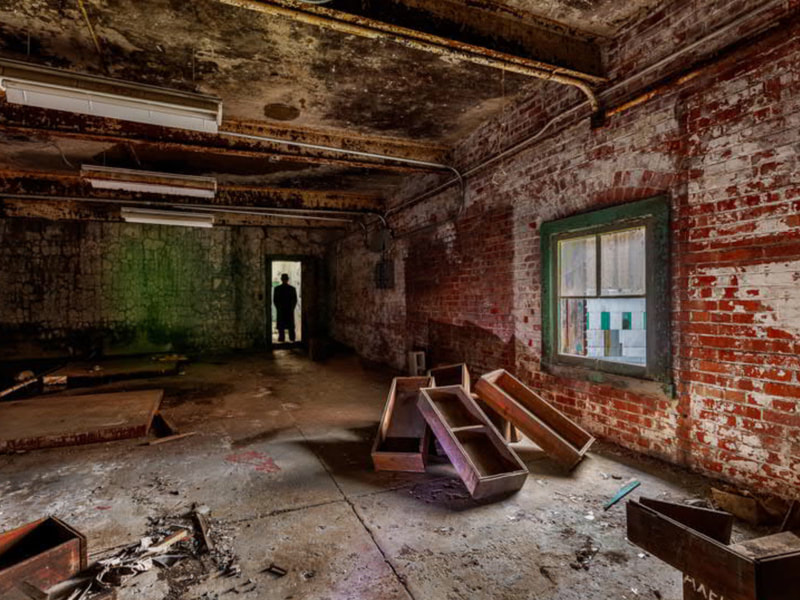 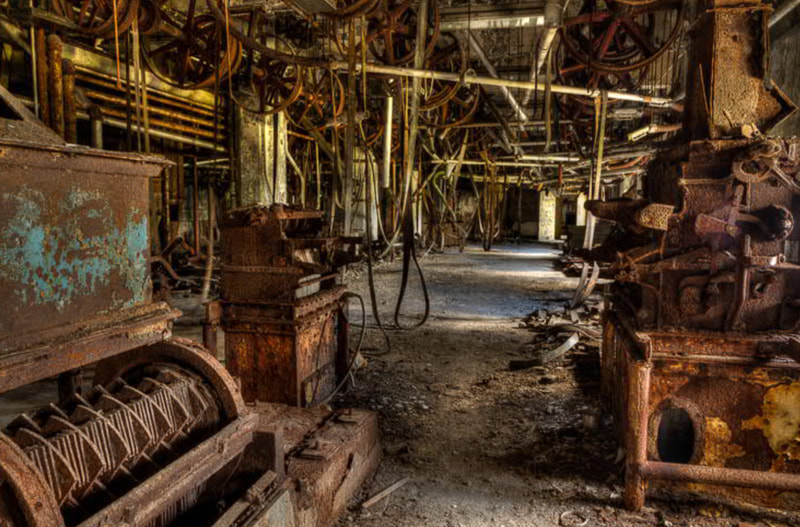 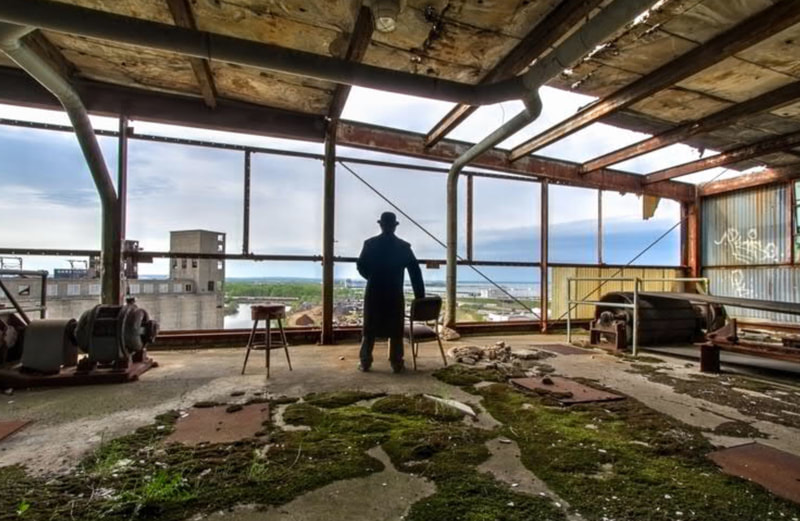 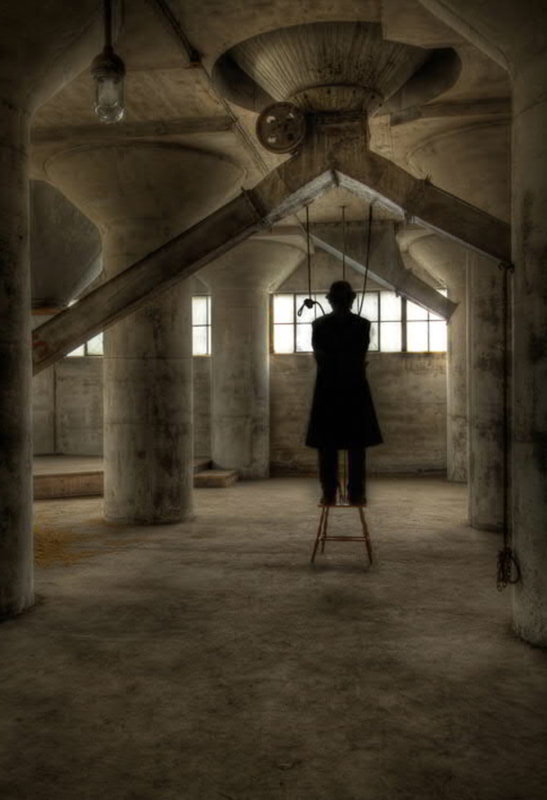