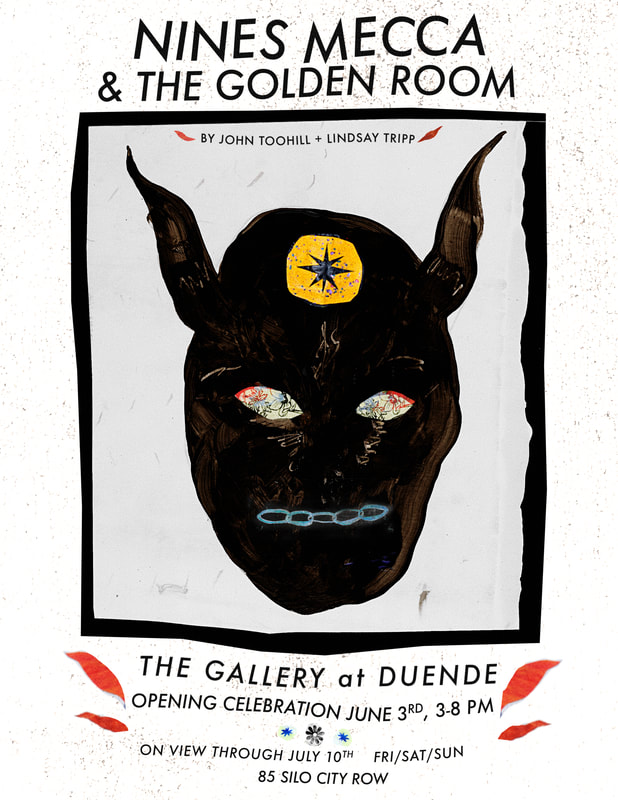 NINES MECCA was filmed over the course of a year as an accompaniment to the Science Man album of the same name. Ten short glimpses into a world of societal collapse where power, sacrifice, obsession, and chaos come to challenge time and reality, over a soundtrack of blistering hardcore punk.

The expanded universe spills out into the gallery through masks, collage, light, sound, and interactive sculpture as THE GOLDEN ROOM.
​
Proudly powered by Weebly